PASSED FOR TRANSMISSION ABROAD BY THE OFFICIAL PRESS BUREAU.

Thirty-one Pictures from the Camera
of
MR. T. W. MURPHY
(“The O’Tatur.”)
Sub-Editor “The Motor News,

The Sinn Fein Rebellion began at noon on Easter Monday, 24th April, 1916. A few minutes later the General Post Office, Dublin, was rushed and occupied, and a proclamation setting up a Republic in Ireland was issued. Bodies of rebels captured the magazine in Phoenix Park, the Four Courts, the College of Surgeons, Stephen’s Green, Jacob’s Biscuit Factory, Boland’s Bakery, and various other places of vantage. An attempt was also made to capture Dublin Castle, but it failed. Telegraphic communication was destroyed, and two of the local railway terminals were seized.

The metropolitan police and military force in residence were powerless to cope with the situation. On the following day looting and the destruction of business premises by fire was commenced by the mob. The authorities responded by proclaiming martial law, and pouring bodies of troops into the city. Bitter street fighting, conducted on the side of the rebels by sniping from roofs and windows, lasted throughout the week. On Saturday, the rebel Commandant-General, P. H. Pearse, surrendered unconditionally, an example which was followed by other leaders, their position under fire having become impossible, though cases of sniping continued for several days more.

Through the action of the rebels and their following, and the necessary operations of the military, much valuable property was destroyed. The total loss in this respect being assessed at three million pounds sterling. The great thoroughfare of Sackville Street and some adjoining areas were laid in ruins. The photographs reproduced in this brochure convey a vivid impression of the devastation wrought by the rebellion.

The loss in human life was upon a corresponding scale. Of police and military 125 were killed and 405 wounded, while the civilian losses, so far as they can be ascertained from hospital returns, which by no means indicate the tot&l, are 180 killed and 614 wounded. That represents a grand total of 305 killed and 1,019 wounded.

The rebellion affected various other parts of the country, notably in the south and west, and the figures quoted above relate to the whole outbreak, but it was in Dublin that the material consequences of the rebellion in loss of life and property were mainly felt. The pictures in this album relate exclusively to Dublin. 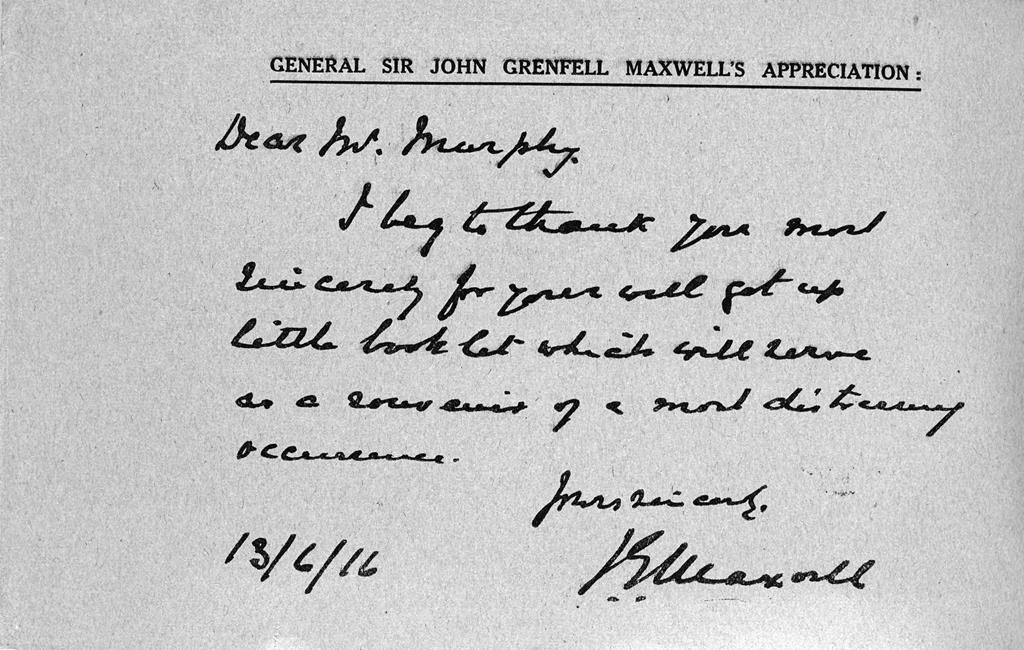 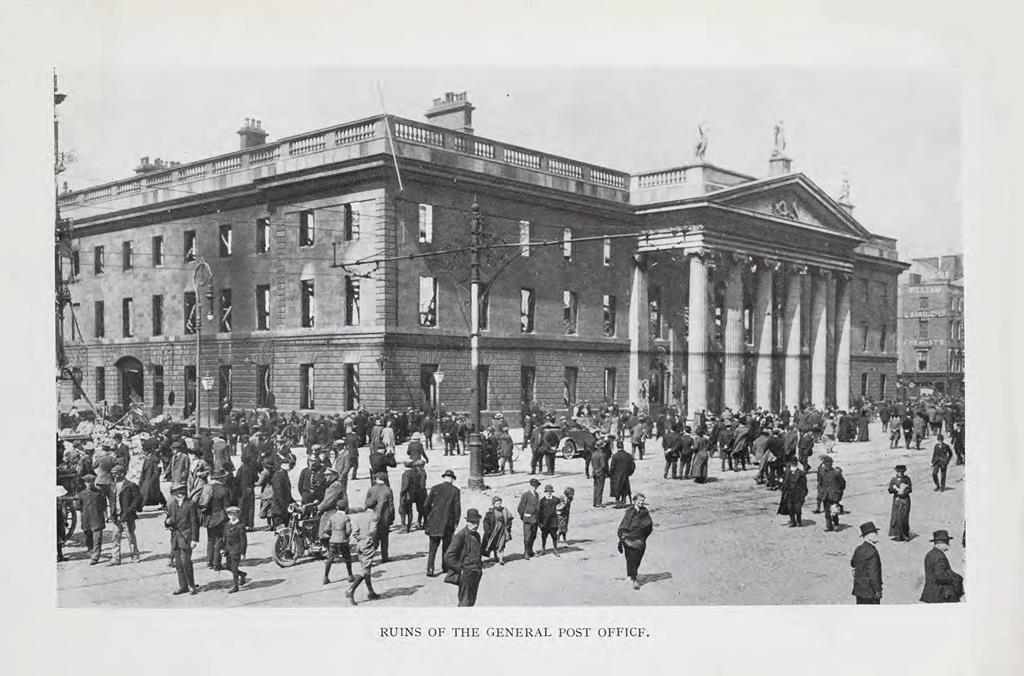 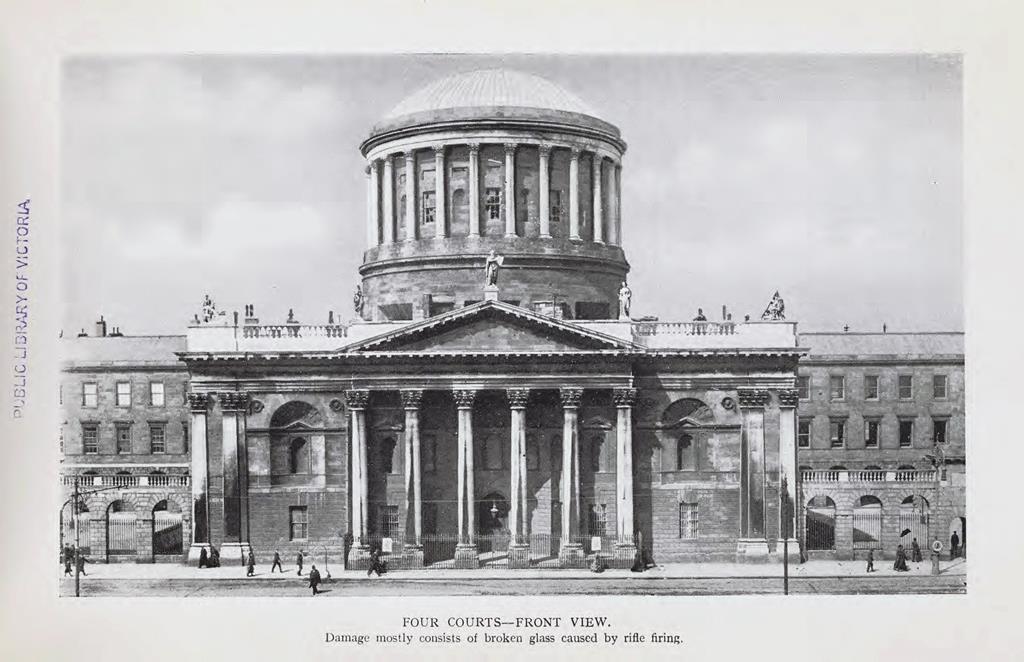 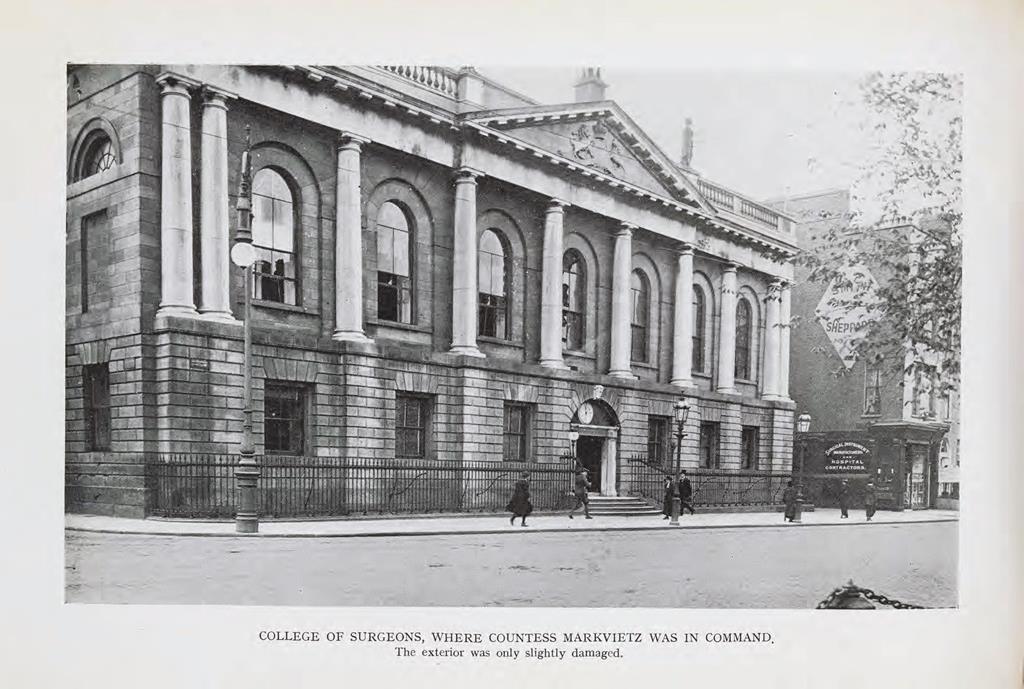 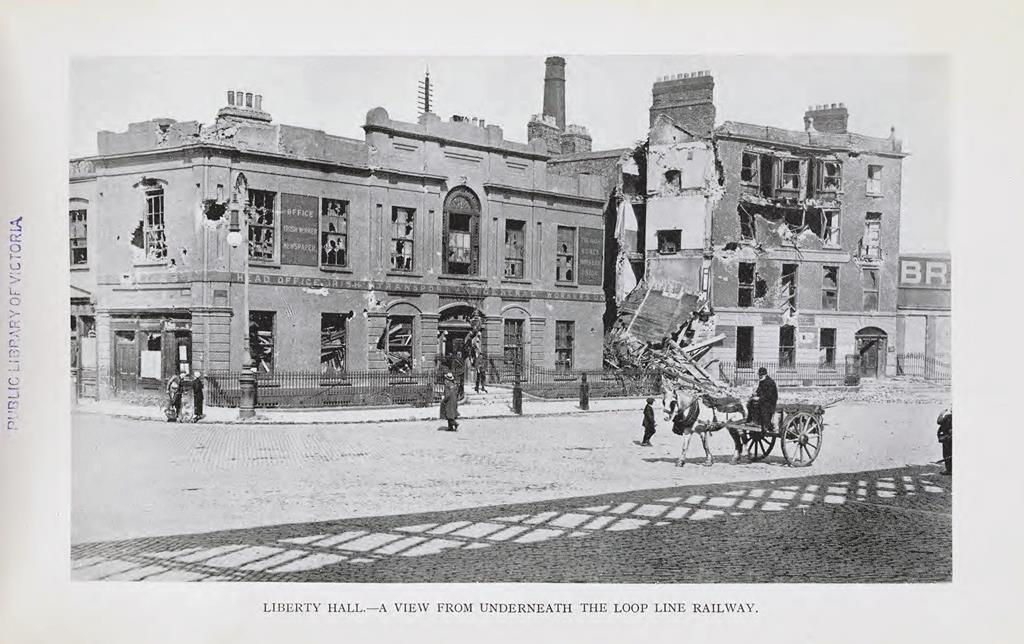 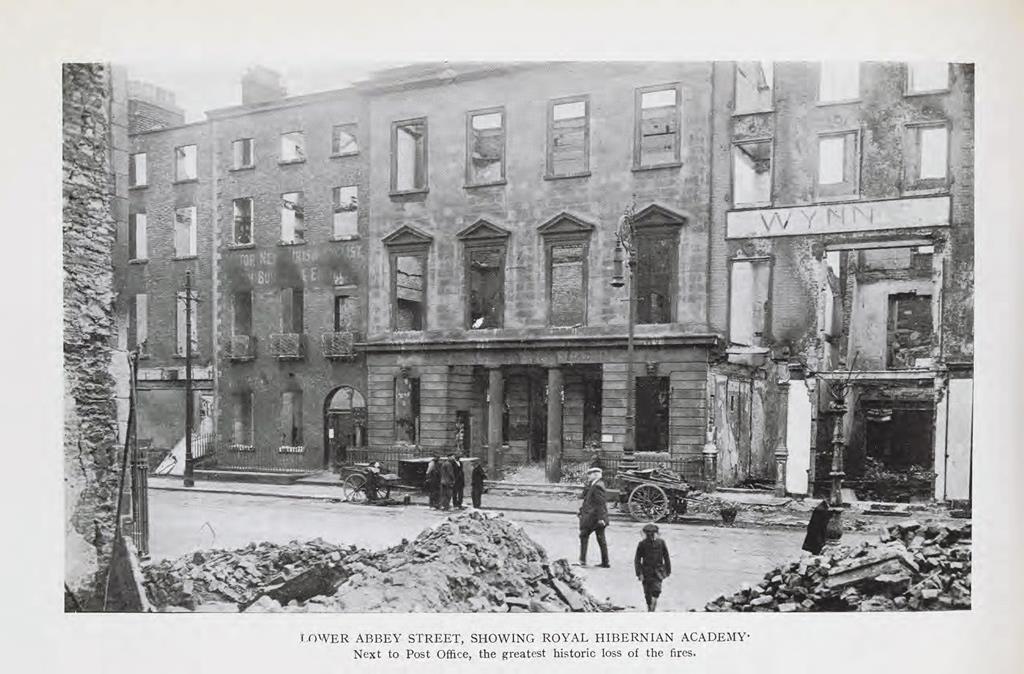 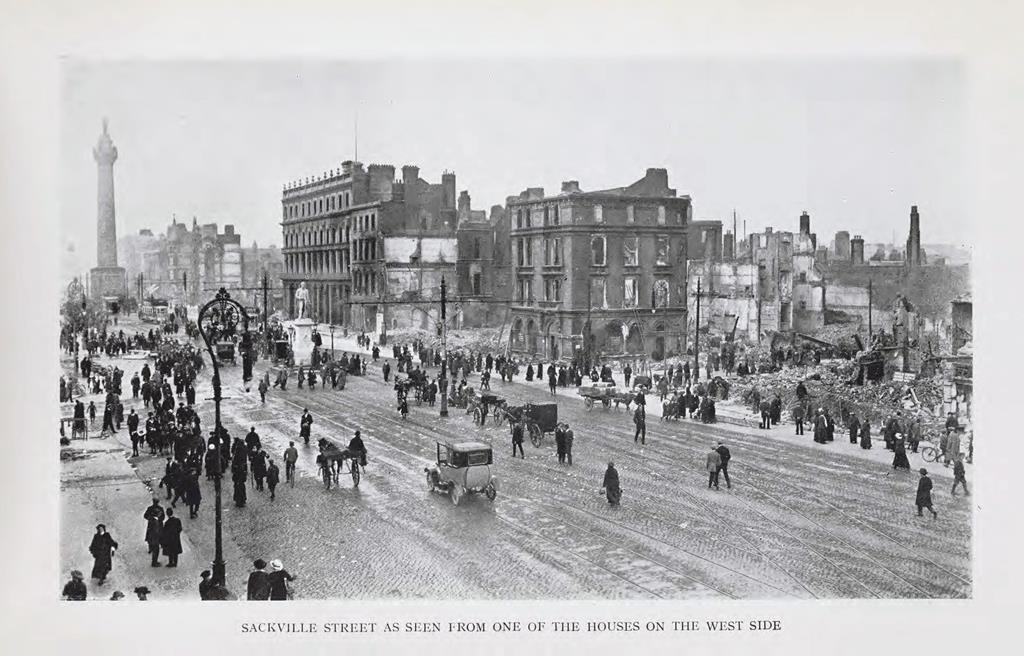 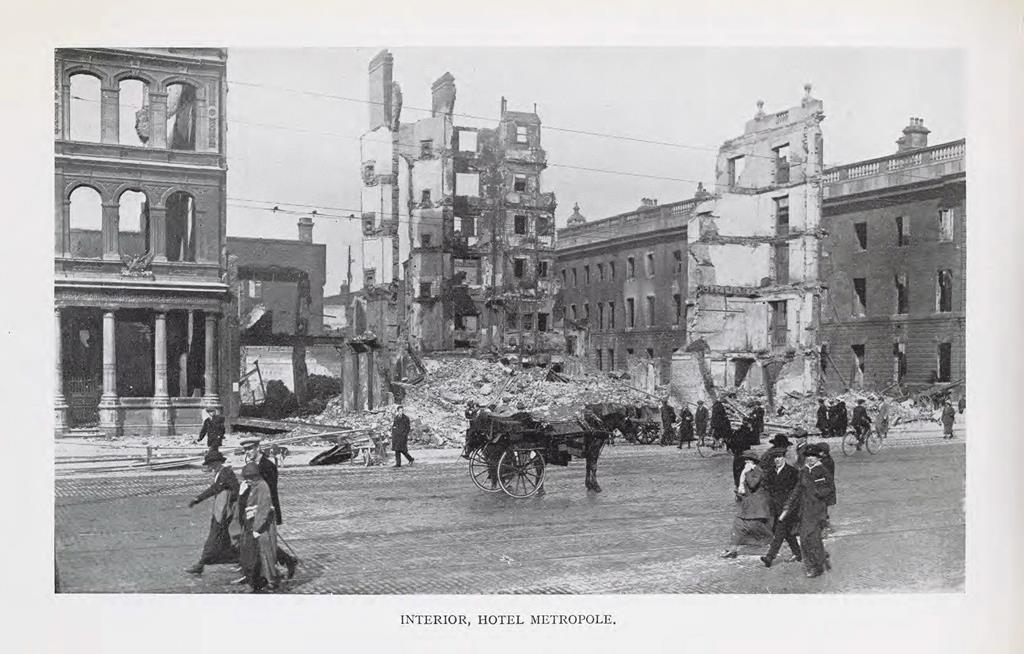 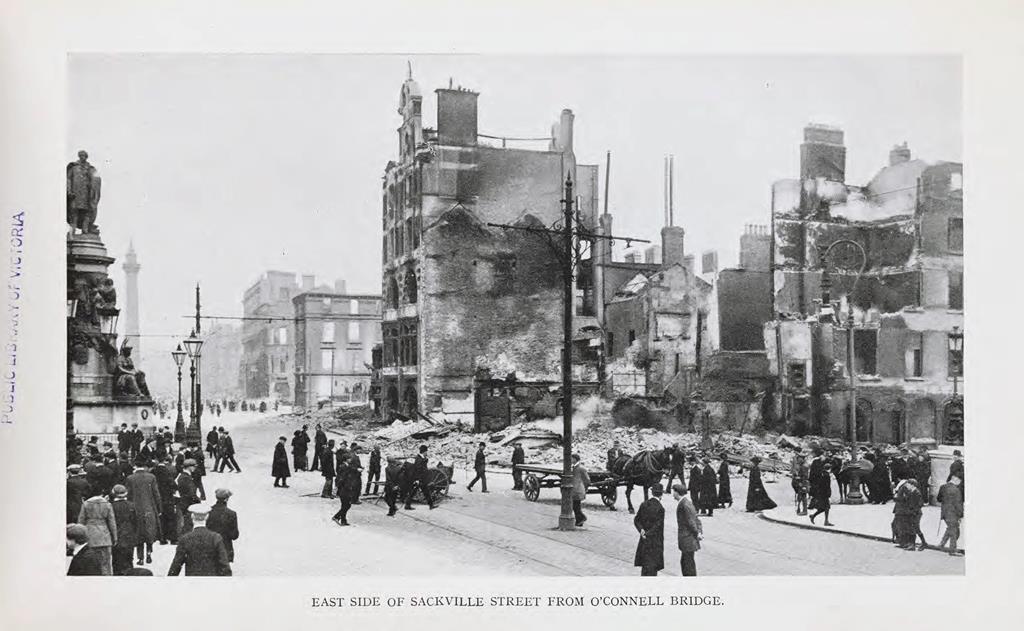 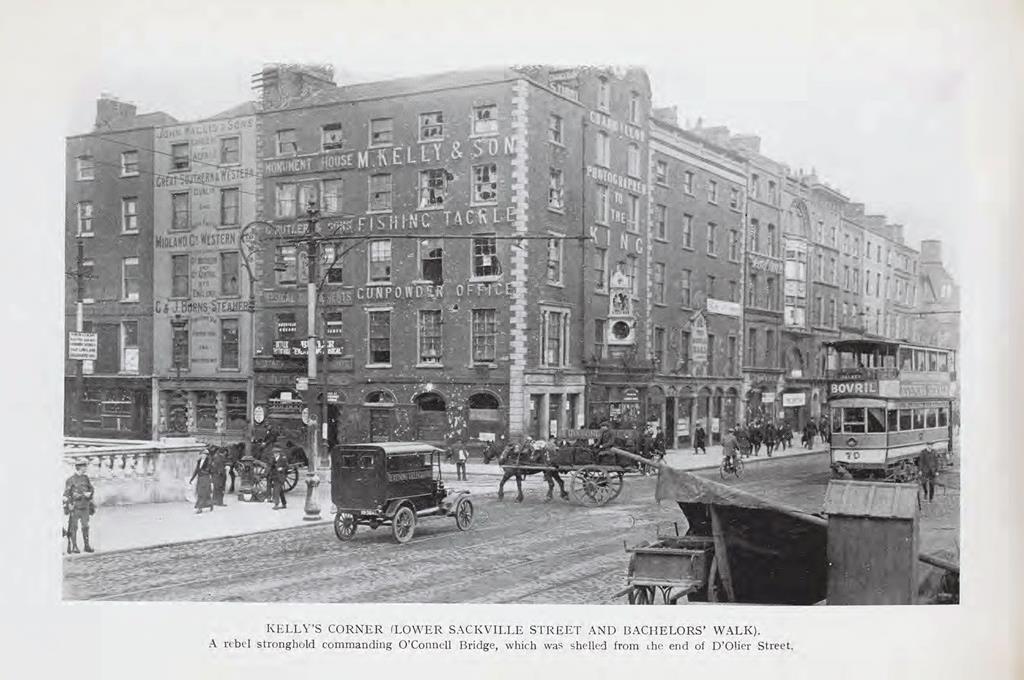 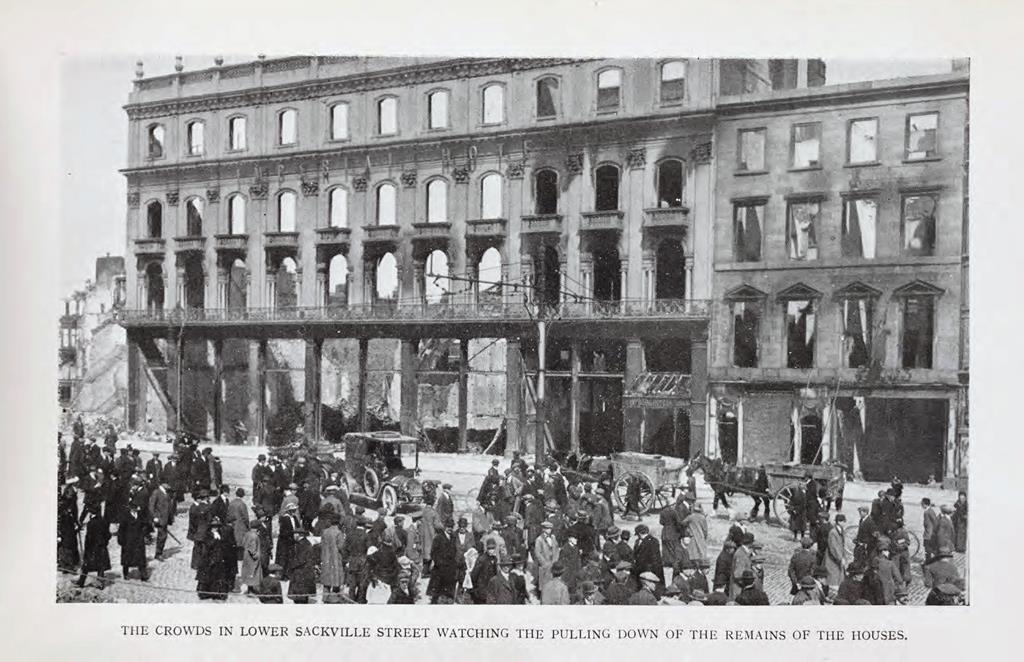 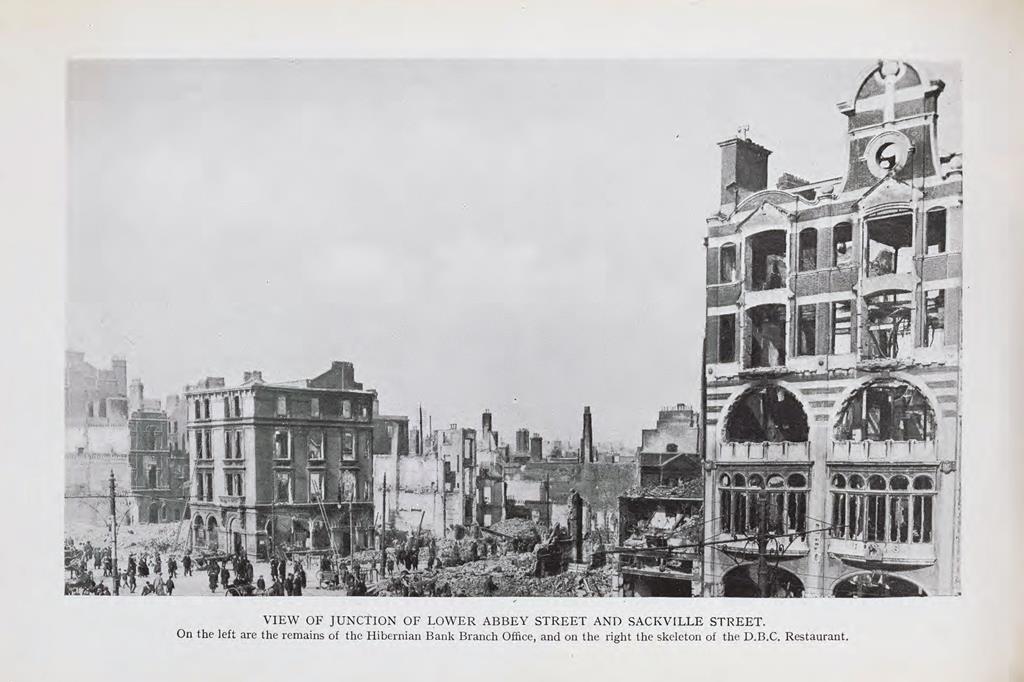 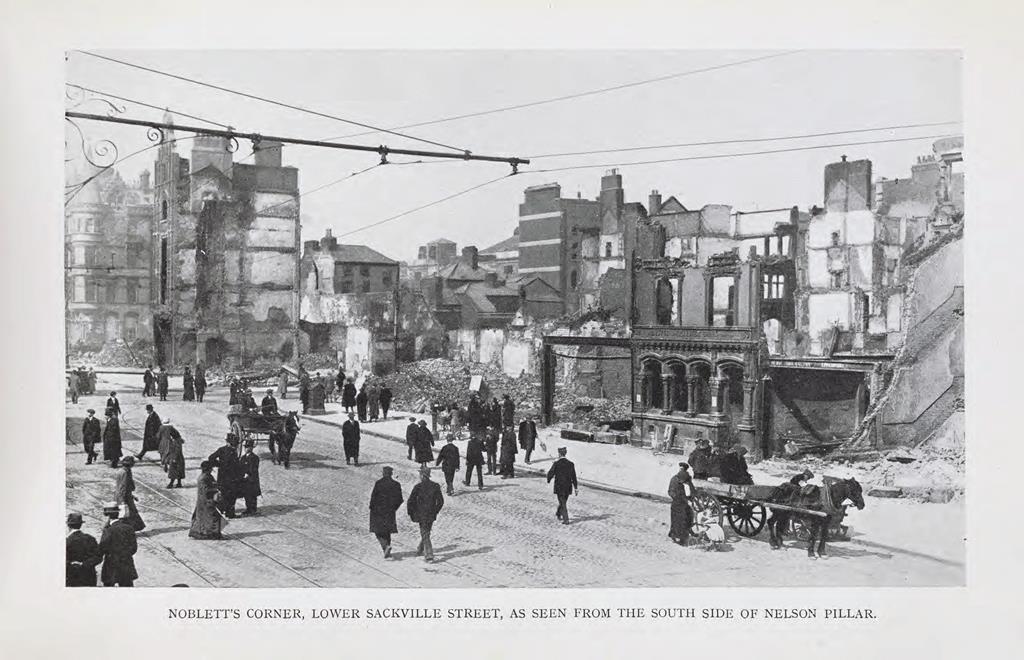 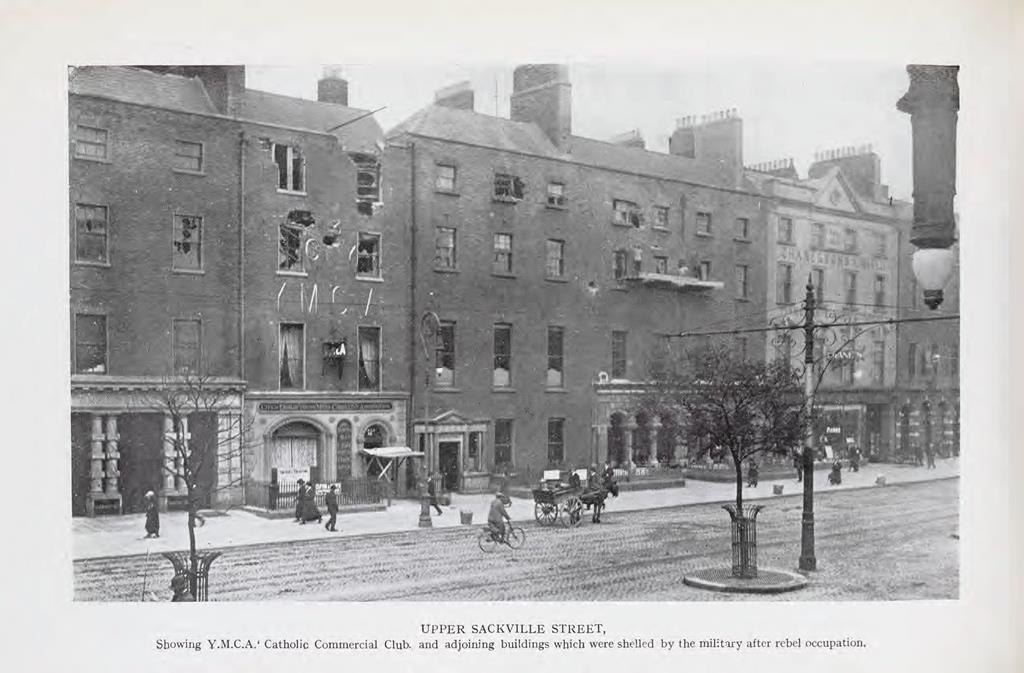 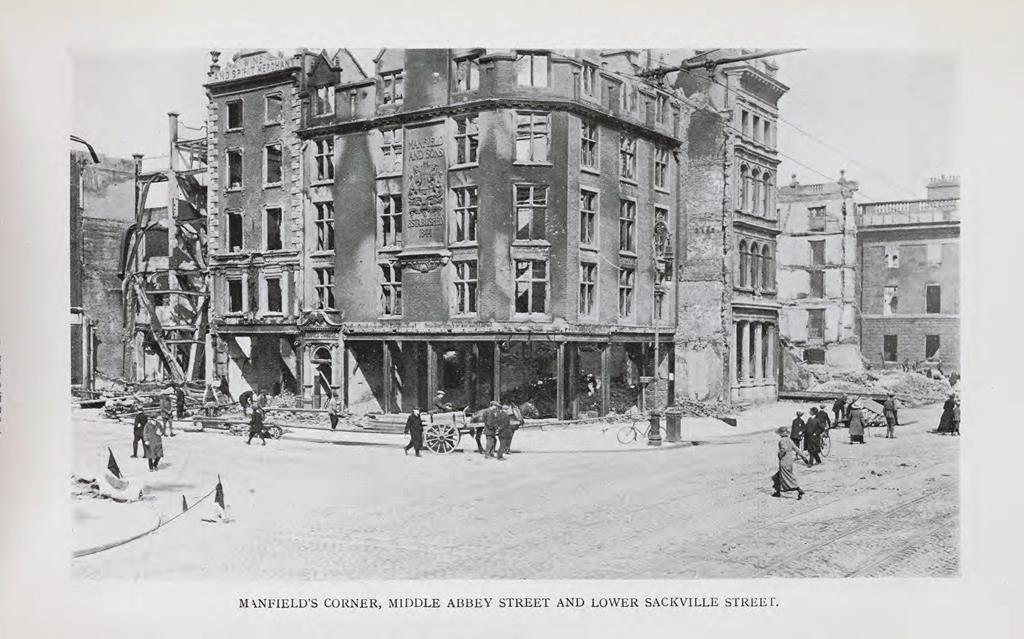 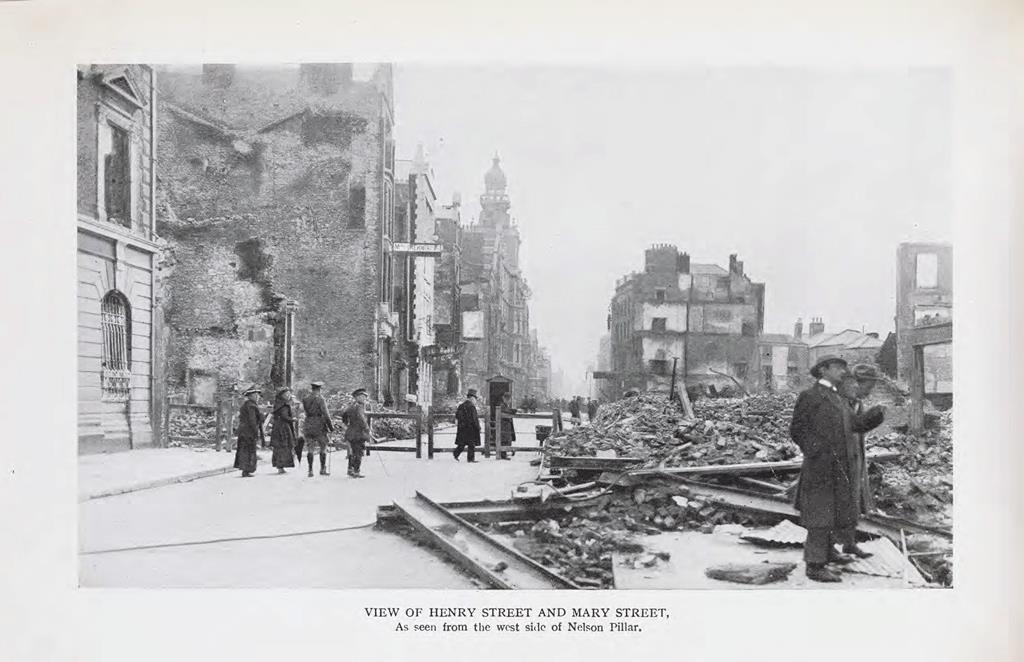 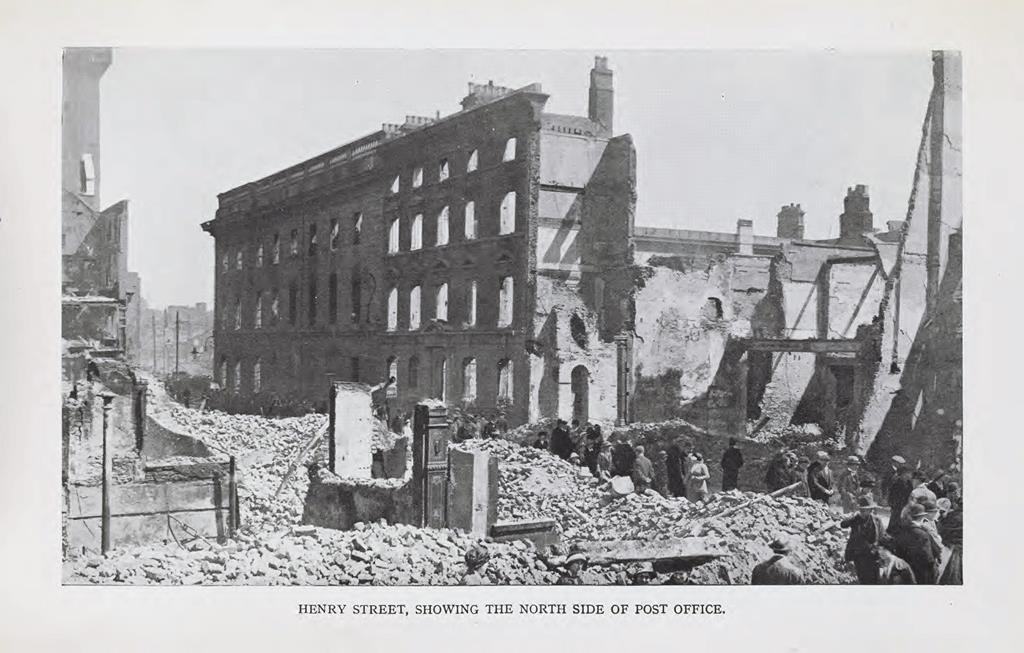 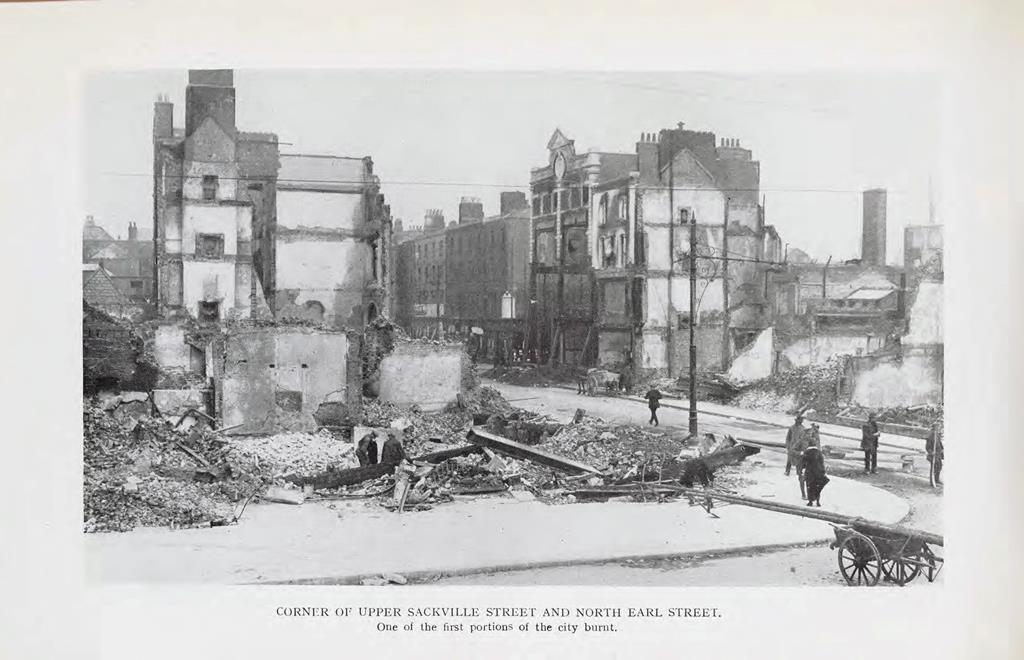 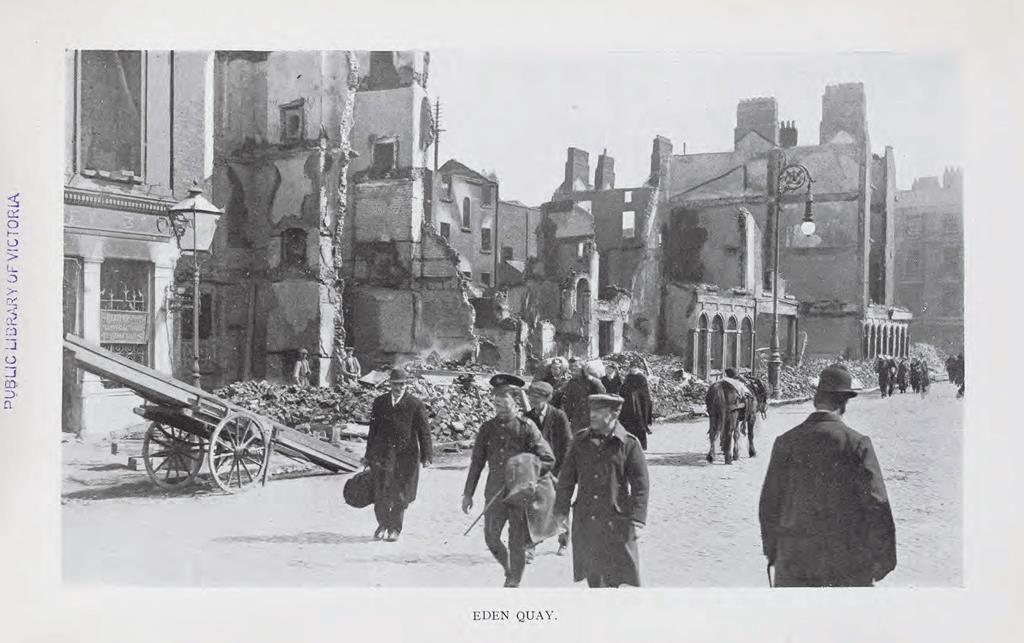 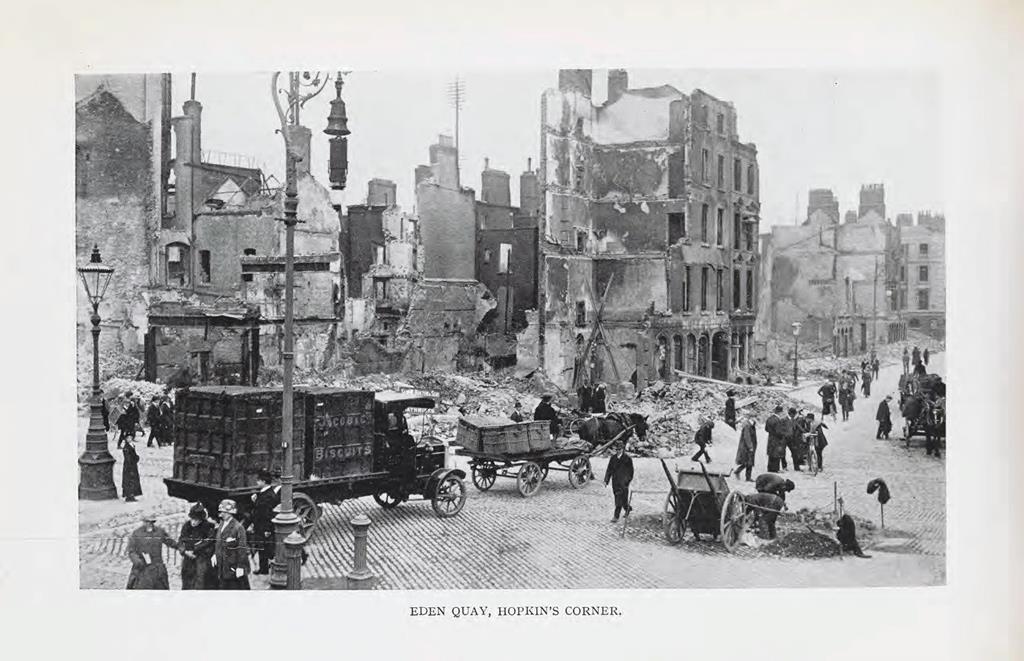 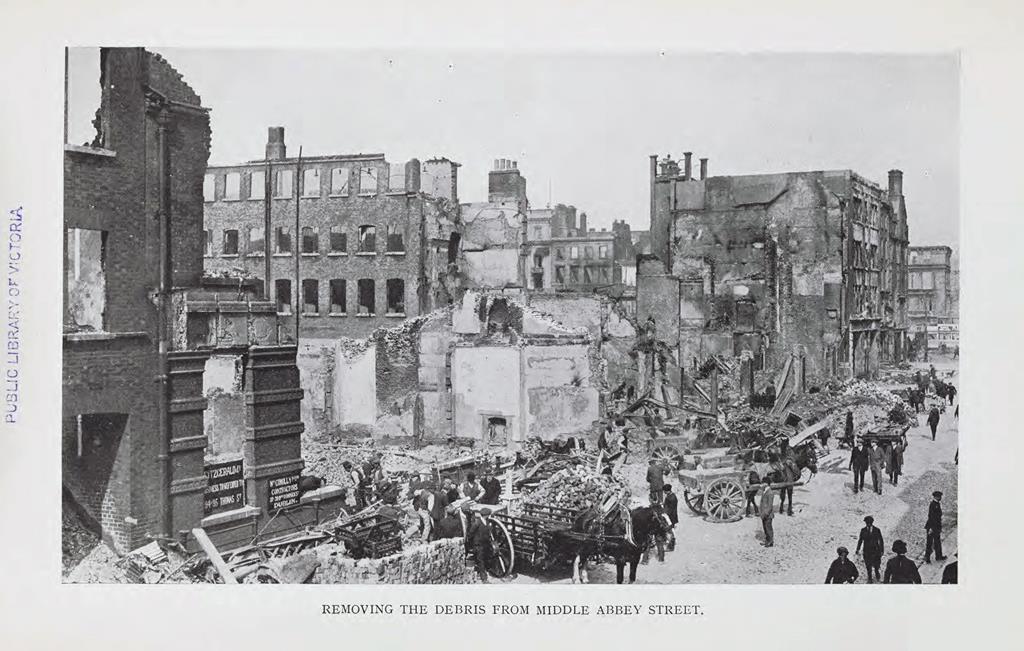 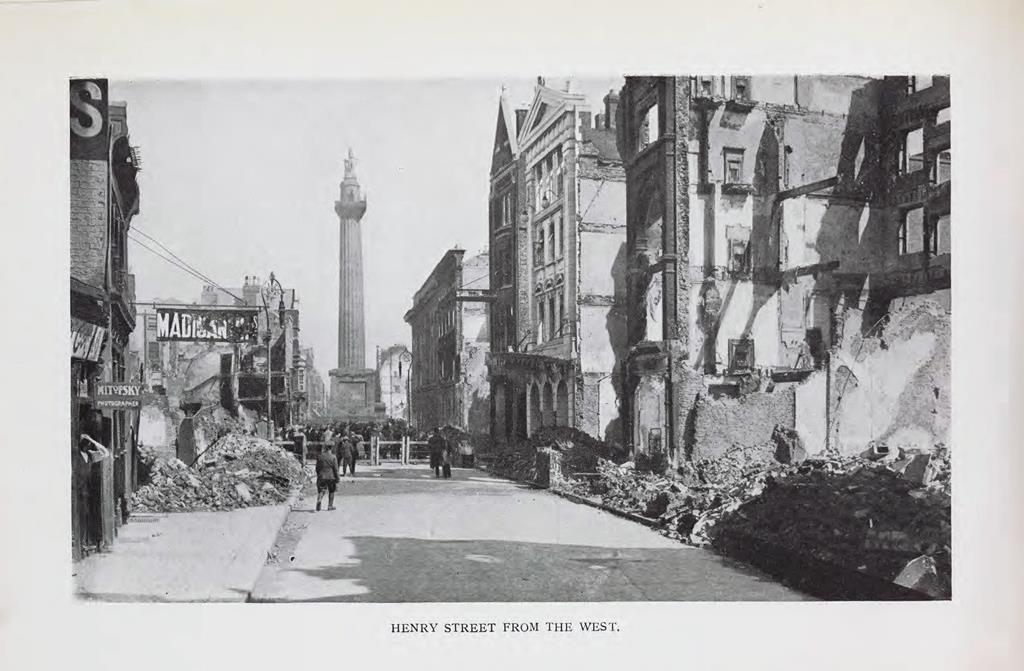 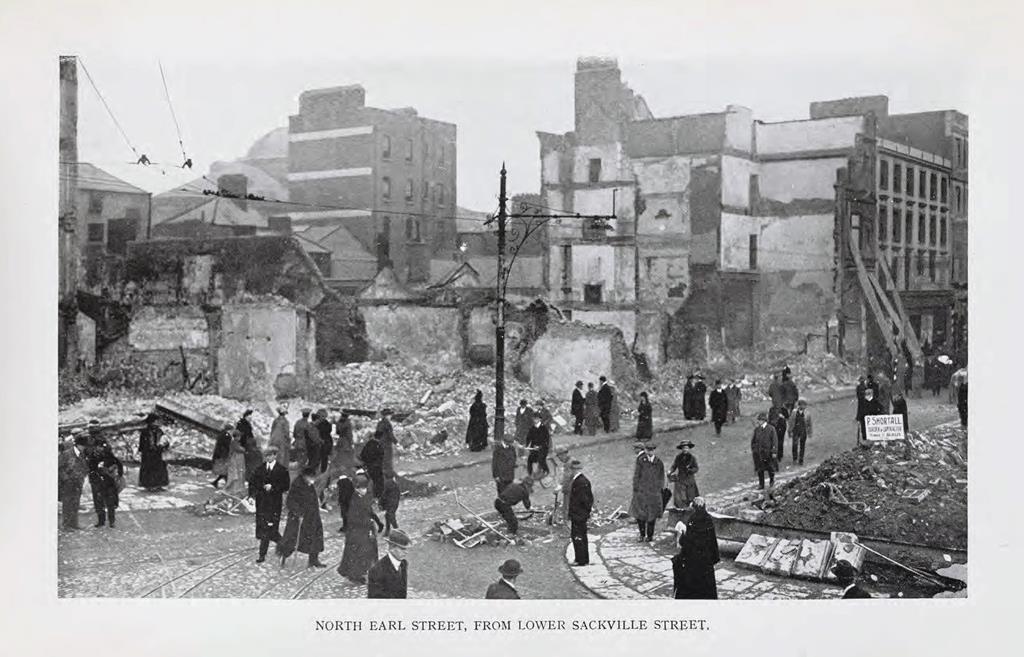 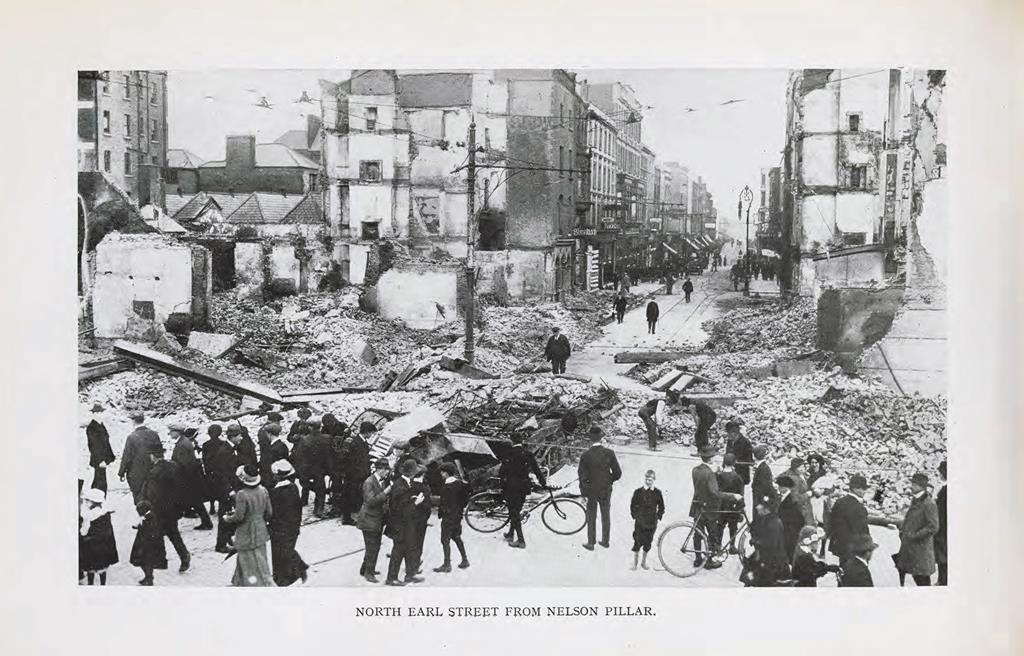 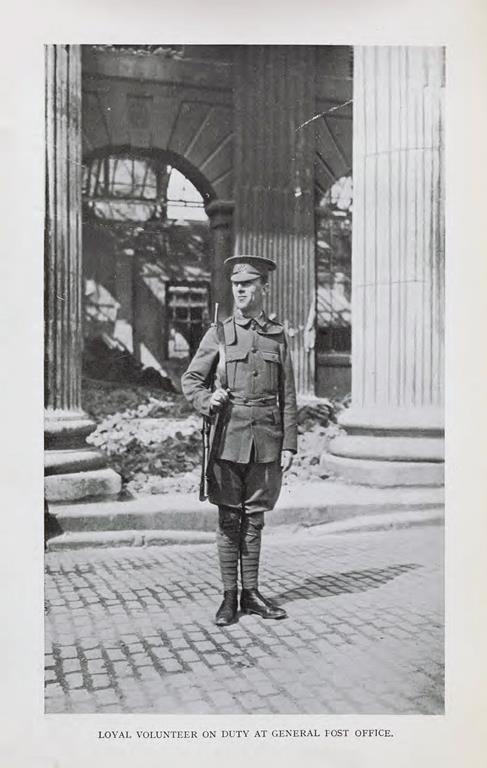 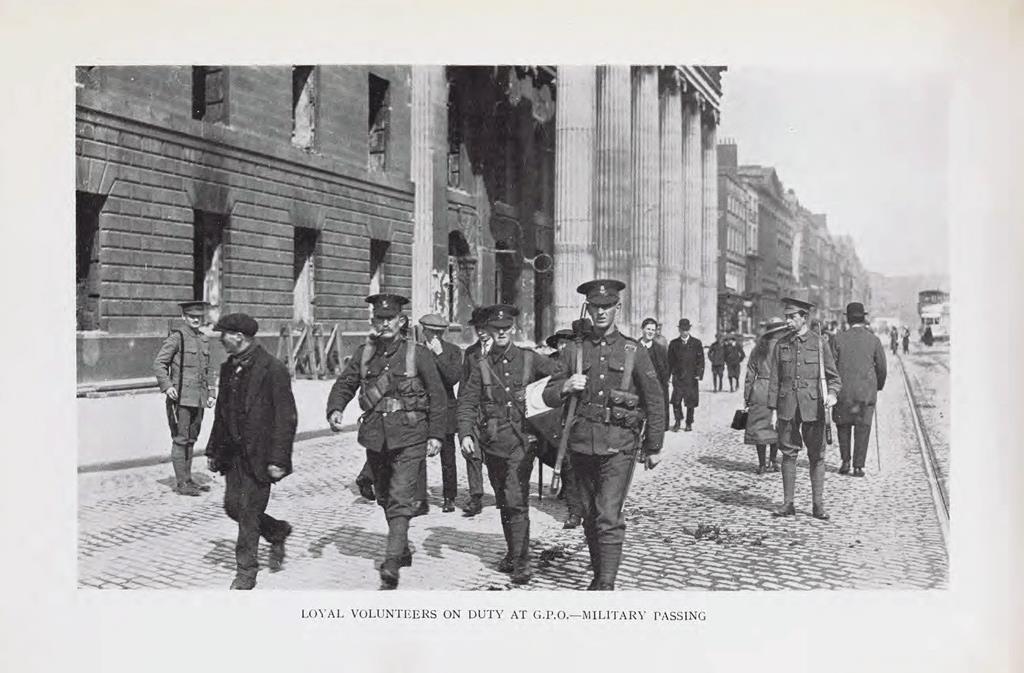 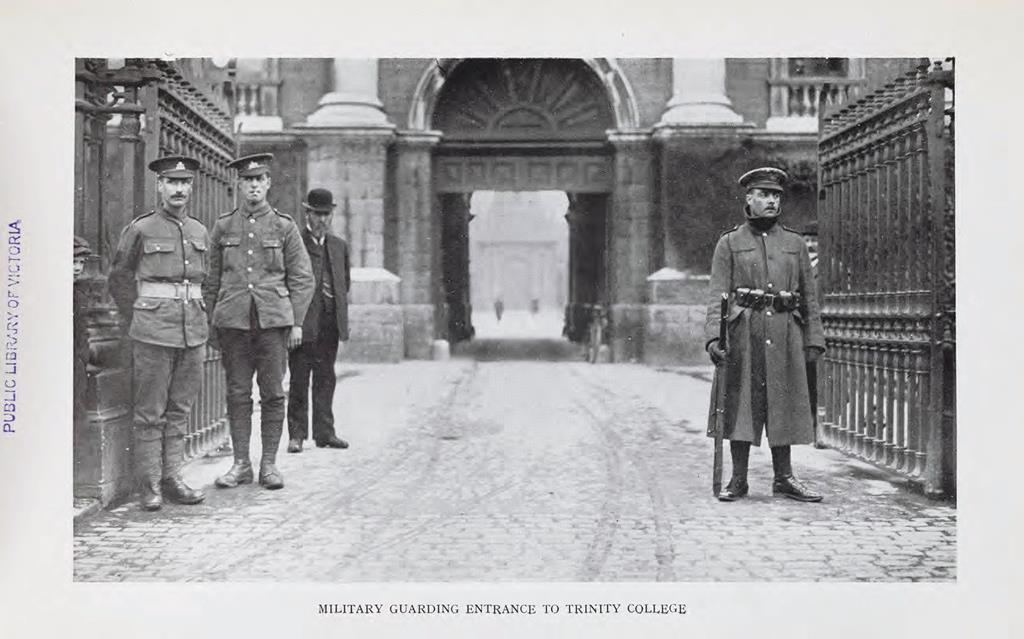 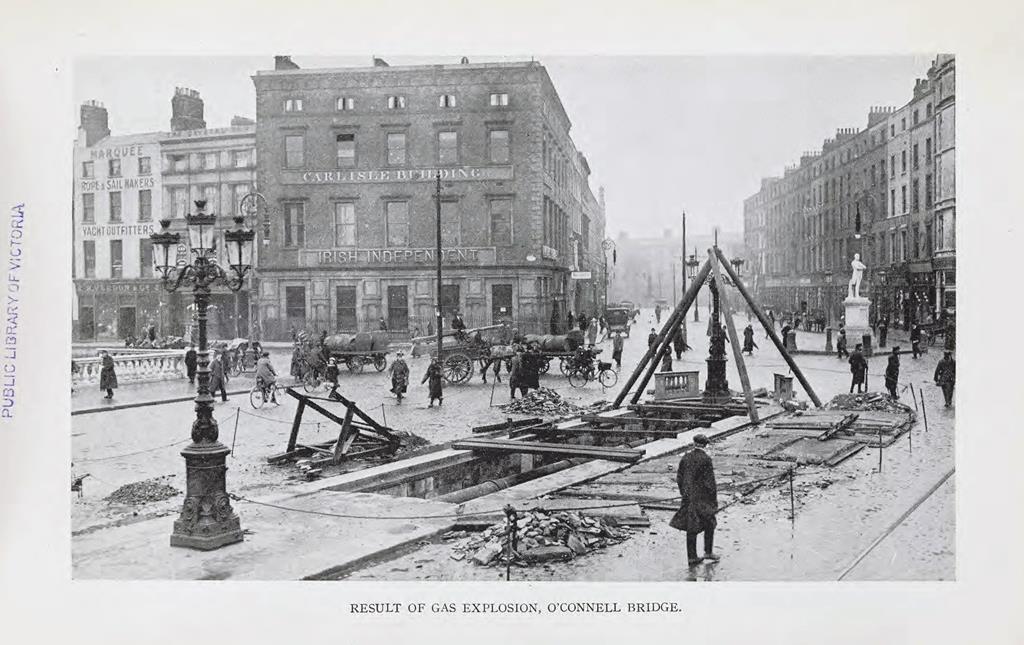 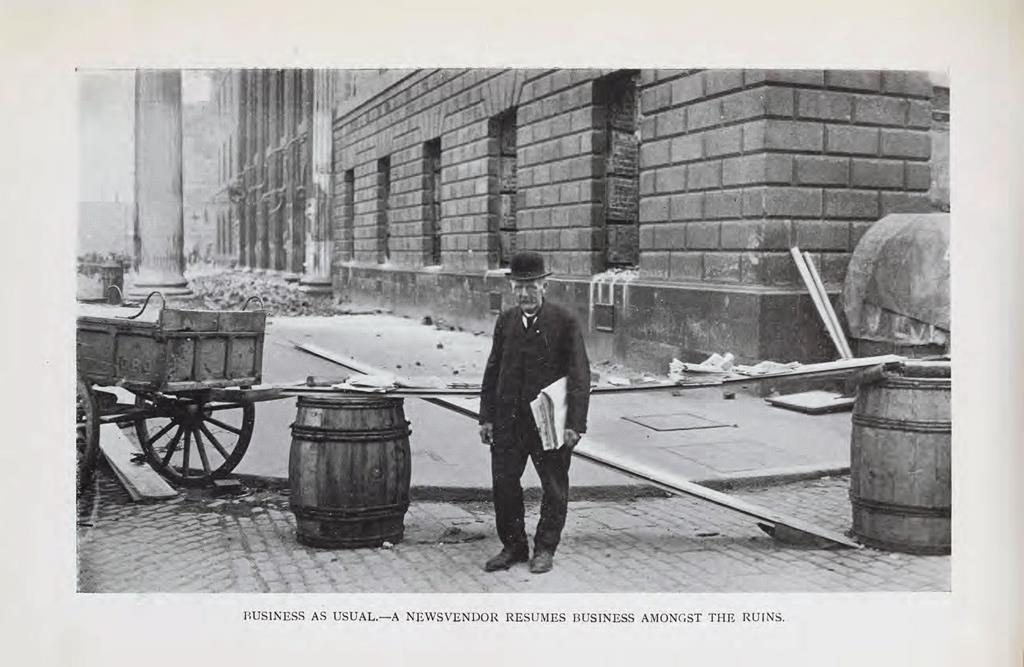 Dublin After the Six Days Insurrection. was last modified: September 17th, 2018 by dantonus